Argh where are my list of excuses in the morning when I set my alarm to go off at 6.30am so that I can get up and do some exercise? And why doesn’t my brain function properly at that time so that I can say “Get up Tina, get up, don’t sleep in”? Because that’s exactly what happened this morning. All my good intentions of getting up and doing exercise this morning, as well as tonight went way out the window. I didn’t even think about it, I heard the phone go off, I reached over and with my eyes closed somehow managed to turn the freakin thing off. Then slept.

Did I make that time up tonight when I went to the pool to do my swimming? Nope. I only did a piddly 35 minutes and just couldn’t do anymore. Felt like I was going to drown tonight I don’t know what was wrong with me. But I feel so zonked.

The bright note of the day was that I got my new work shirts today. I’d ordered them a few weeks ago, and when I ordered them I got two size 18’s and in a moment of optimism I thought considering that I am doing 12WBT I’m going to order two more, but in a size 16. Well they all got in today and I’m happy to say that the size 18’s fit quite nicely, and the size 16’s, while they are snug, are going to fit beautifully in a couple (maybe a few) weeks. Which means that the original size 20’s that I have, and also my 18’s are going to be too big. Hmm might have to pull the sewing machine out for something other than quilting soon.

So what have I been up to in the last few days?

Well on Thursday (Australia Day here in umm Australia…) Mick and I ventured into the National Park to climb Stamford Hill to see the Matthew Flinders Monument. When I looked at it I thought “hell no” that’s way too high for me and it’s going to take forever. Funnily enough, it’s not as high as it looks and only took about 27 minutes to climb (and only 16 minutes to descend), but that climb was pretty damn hard for me. Mick barely broke a sweat, 50 metres into it I was sweating, puffing and cursing already. But it was a gorgeous day and the view from the top was just breathtaking. I could see the whole of Port Lincoln from the top. After that what did we do? Swam. Oh. My. God. We found the most gorgeous beach, that was all secluded and just should I say it again? Gorgeous. Mick bought me some flippers and snorkel and mask set and introduced me to snorkelling. I loved it. Just swam around watching all the little fishies who were so curious about me – as curious about me, as I was about them. I think it was the best Australia Day I’ve ever had. 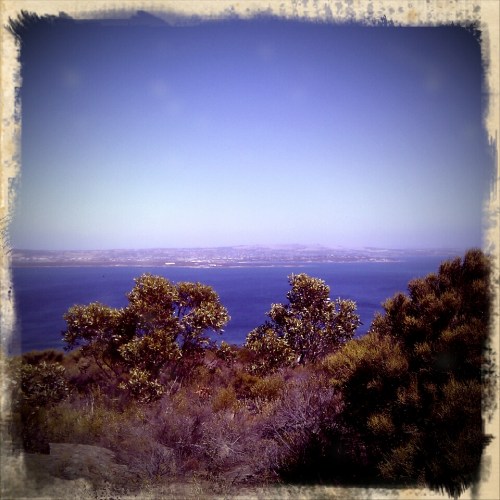 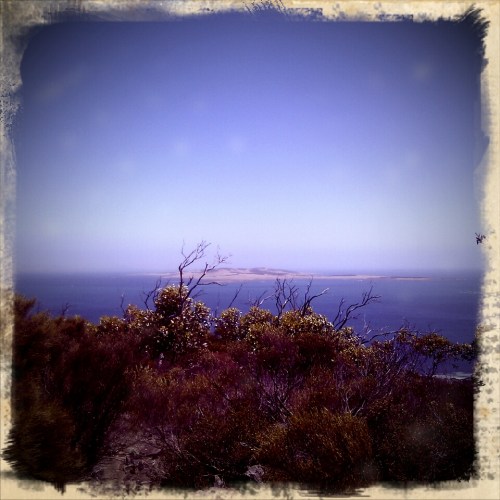 I’d love to say that having completed that climb, that I have been super active over the past few days, but the truth is, I haven’t been eating really well and I have barely exercised. I spent all day on Saturday quilting, which was fantastic, because it’s been so long since I’ve done any of that and I have a special quilt I’m making for a friend, so it was good just to do that again.

Today though, we headed back out to the National Park and had a drive around and looked at some camping spots and started planning our next trip, then headed out to our special little beach that is even more secluded than the other one, and so hard to get to that no one hardly ever goes there. Spent a good couple of hours swimming around (getting sunburned) and standing with my feet in the water, goggles and snorkel on, and watching all the little fishies nip at my feet. Great bloody day. 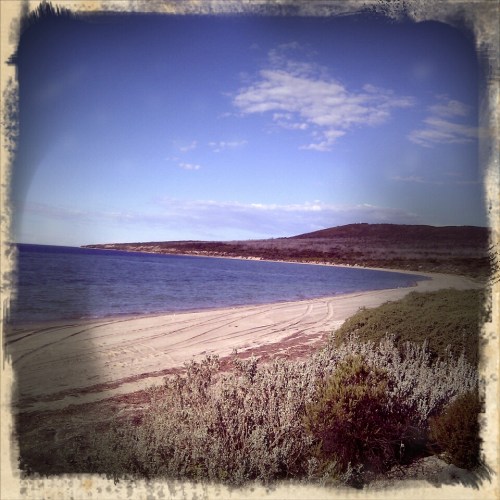 Tomorrow, I’m back on track with my exercise and eating regime. Really trying to keep a better track of my food, and am planning on getting up at 6.30am and exercising in the morning, and perhaps doing another lot tomorrow night – to make up for the lack of exercise of the last few days.

So how is everyone else doing? Better than I am I hope. If not, let’s all get cracking together this week and really do awesome things with the last two weeks of pre-season.

Argh today was not the best day! I woke up feeling all great and ready to face the scales, which I did. Then I wish I hadn’t. I wasn’t expecting a huge loss, but I was expecting a loss. I know from having done the 12WBT program before that you can still lose weight on the program even if you aren’t doing exercise. Not that I would encourage that kind of behaviour, because really, that is going to defeat the purpose of getting a healthy lifestyle happening and, well, you can only keep that up for so long before you won’t lose weight just by eating healthy. But I had been slack and working myself up to get into the exercising.

So I got on the scales and what did I see? A little loss? No. A big loss? No.

A BIG FAT GAIN!!! That’s what I saw. 1.1kg of fat has been added to my body in only two days. I really can’t explain it. I was quite devastated. Here was me coming along with my haha I’ve been great for the last two days attitude and boy did I get kicked in the face. I’m not going to stress about it too much at the moment though. I’m hoping it kinda pans itself out and it’s just part of being a female and all that crap. If there is another gain next Wednesday though, the scales and I will be having some serious words.

I suppose the one good thing that did come out of it though is that it spurred me on to doing some exercise. Well that spurred me on, as well as meeting my new exercise buddy Miss A, who is also going to be doing the 12WBT program. It’s nice to have met someone else new here in Port Lincoln and someone who is going to be doing the same challenge, someone who will get where I’m coming from when I want to pull my hair out or just generally cry. So we met up and had lovely skinny lattes, and chatted, and I got to thinking. All this talk of having an exercise buddy is no good if I don’t actually do any exercise.

So I went home, got my bathers on, strapped on my Heart Rate Monitor, left Snotface at home playing Sims (I tried to get her to come with me to the pool, but she wasn’t interested, and really, how do you convince a 15 year old that they want to go out and do something other than playing on the computer? – No really, HOW?), got in my car and went straight to the pool.

58 minutes and 25 seconds later I had done 42 laps of the pool, which equates to 1km and 50 metres (or 1.05km if you prefer) and had burnt off a nice, healthy 471 calories. I felt so great after having completed it. But by the time I got home, I was knackered. It really has been such a long time since I’ve exercised. I’m almost (almost, not quite) looking forward to doing more. So my plan of attack tomorrow is to get out in the morning, before it gets hot and everyone wakes up and can see me wobbling along, and do a session of the C25K app. I’m a crap runner, have never gotten into it, but always wanted to try. So tomorrow I shall.

And next Wednesday – look out scales, I’m coming to get you!