This year Michelle Bridges has decided to run a holiday round of the 12WBT program, and this year I am partaking in it. After my dismal attempt at the beginning of the year, I just sort of gave up on the weight loss thing. I knew in the back of my mind that I shouldn’t and occasionally I would actually look at the food I was preparing and eating, but I didn’t let any of that register in my head. I just went on eating what I wanted, when I wanted. To the point where I gained weight and nearly got back up to my start weight of the beginning of the year. I kept trying to lose weight and exercise and “get motivated” but nothing really worked. I kept saying that this week was going to be the week that I really did something, but the weeks came and went and nothing got done and a few more hundred grams were gained (never lost).

I can’t really say what made me do this round. I get emails from the 12WBT team all the time, but mostly I just ignore them. I’d grown a bit disenchanted with the idea of 12WBT, it seemed to be all the same information repeated again and again and I didn’t want to keep paying money for the same information (no, I’d rather sink my money into junk food apparently). But I was just reading one of the emails that came out about the holiday round and something in my head just snapped. I signed up, pretty much straight away, without thinking about it, and for the first time in many months I feel like I’m a little bit more in control of my life. I didn’t really spend as much time as I should have doing the pre-season tasks, (mostly because I joined up a couple of days before the round officially started) – but I did do them and I plan on revisiting them this weekend and going a bit more in depth with them. By then I will have completed nearly three weeks of the program and I will have a bit of a better idea about what my actual excuses really are, and what I really want my goals to be, because at this stage, I just want to lose weight and get back under the 100kg mark.

I’d love to say that I’ve been better with my exercise this round, but alas, some things never change. I still avoid exercising like the plague and when I do exercise it seems to be mostly swimming that I do. I have yet to really get my confidence back up to go shuffling again, still so petrified that I’m going to fall over and hurt myself again. But I will get there. I am trying to get up at 6am and exercise and it has happened a few times, though not as many as it should have. Tomorrow will be another 6am start, for a swim session in the morning. Funny, but I seem to be able to easily get up for a 6am swim, but getting up for a 6am exercise DVD is just beyond me. But again – I WILL get there, I am determined.

So here’s to the next 10 1/2 weeks, and hopefully to the rest of my life. I need to get this weight thing under MY control and not be under IT’S control. I need to take charge of my own life. So this is where it starts. 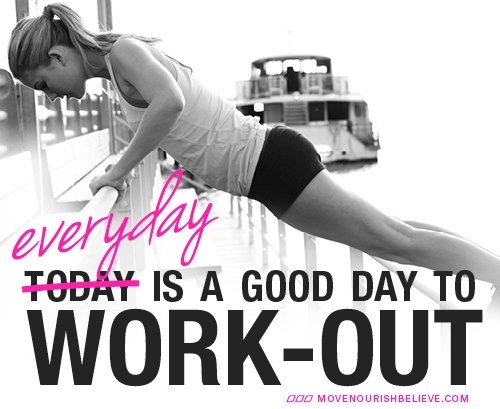